A downloadable game for Windows, macOS, and Linux

Something terrible has happened in The Neighbourhood!
A resident has been murdered and no-one is owning up to it.

With help a few hours away on the mainland, Chook and Sosig use that time to investigate crime scenes, talk to their neighbours and snoop for evidence.

THIS GAME IS  ONLY A DEMO

This is the chunk I got done for NanoReno. This is a small portion of what would be a larger game and currently takes about 10-15 minutes to play. There is just the one ending with the choices only making small changes to the story flow and appearance.

I made this game to explore different things I had learnt to do making the previous short game.

I'm working my way up to being brave enough to try make a point and click adventure game next, so I'm enjoying using this to practice backgrounds and tiny puzzles.

Unfortunately this is a shelved project as it was made to see what I could get done in a  month for the game jam, there are many errors and I learnt a lot along the way which was my goal, to learn and grow.  Sadly I couldn't pull together a full game in the time frame of one month and only managed to create a small section of a larger game.

Click the image above to be swept off on a pirate adventure!

Viewing most recent comments · Next page · Last page
The Lost Chevalier1 year ago(+1)
It's a shame that it's only a demo, it has so much potential! I hope you find the time and have the resourses to transform this into a full lenght game, it was awesome! Sosig and Chook are such an amazing duo!
Reply
Robin (MissteriouslyRecorded)1 year ago

Really cute game demo!! I had so much fun with it!!!

Omg your games amazing. Soooo cute and whimsy with a dark undertone.

Your work continues to be adorable and amazing! If you ever decide to make a cute horror twist like this, using what you learned, I’m happy to say, I’d be one of the first people buying that game! No matter what, continue doing your best hun!! :)

If you ever decided to make this into a full game it would be so popular! I loved this so much!

I hope you continue making this! I really liked Quiz and I wanna know what happened!

hey! its been almost two years.. is this not going to be continued...? if not m going to be devastated!! it seems like it could  be such an amazing game!!!!! just curious is all!

even though you shelved this i think it would have made an amazing game. i enjoyed the drama and mystery. bravo.

I love your game so much and I can't wait until the next game comes out!

Anybody else getting copyright claims from their old YouTube playthroughs of this game? Discouraging to say the least I have no clue what to do :/ 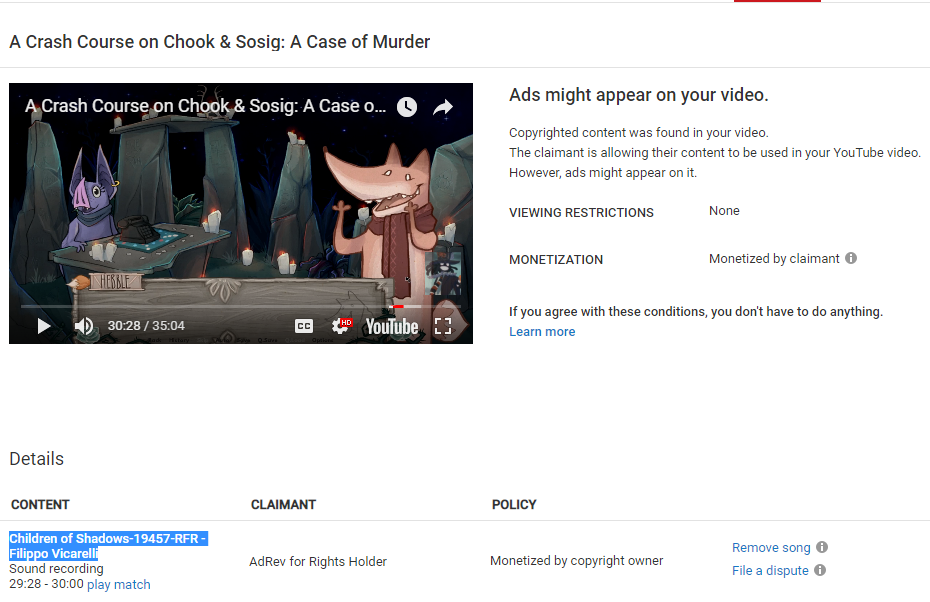 Love it!!! The humour is precious =) i'll definitely play it when you release the full version (i hope you do)!

Hey, Markiplier did a play-through! He wants a full version just as much as the rest of us! Great game!

Heya, when will this game be fully realeased? Are you still their? Comments below are from over 200 days, why?

I love the Chook and Sosig games so much!  Can't wait for the full game!

I enjoyed this one more than the first game, wfen if it was only a demo. I am looking forward for the full version :D

Great game!! I loved the first one and this one is just as good! Can´t wait to play the full version :D

i love Chook and Sosig. any idea when the full game will be done

I absolutely love the artwork in this and just like the first chook and sosig, this failed to disappoint. I simply cannot wait to see what you have in store for the rest of the game.

The storytelling was on point and I was not expecting [spoiler] quiz to be the next victim so well done!

As a big fan of mystery visual novels, I greatly enjoyed what I saw of this demo. The silly art style and dialogue clash so well with the grim premise and imagery in this game, it's truly a incredible experience. I eagerly await the full release of this game.

A few questions to the developer:

1. What was your inspiration for drastically changing the direction of the game from a silly, slice-of-life visual novel to a dark murder mystery? are there any games or other forms of media from which you drew inspiration?

2. How do you plan on implementing  the puzzle mystery into the game mechanics? the demo's only mechanics were branching story paths and looking for clues. what mechanic would be used for deciphering the clues and solving the crime?

3. Considering the art style and previous game, how serious will the mystery be? Does the crime follow logic and can be solved rationally, or should we expect some more silly antics in the core mechanics and narrative, such as the first game?

I'm glad you enjoyed yourself so far! I'll try answer your questions as best I can :D

1. The first game was made quick and simple as the first game I'd ever put together, so a lot of what was in each branch was in that one was me trying a mechanic out and getting it to work. For example The lantern forest path was made to try put together the car chase scene, the map itself was just to try figure out how to make one. I thought it would be a nice idea to tie the games I make as I'm learning together by giving them the same characters and to lightly reference each other. It seemed like a fun way for me to track my progress as I learn and invite people along for a very bumpy ride.

I was watching a series called Shetland at the time when Nano rolled around which was likely why it turned out like this, I probably started to think I was the new Miss Marple.

2. The demo unfortunately had to stop at the point before I was about to put in the main mechanic. Which is the game is intended to run 3 times before reaching the final conclusion in a groundhog day like scenario. With Chook being the only character aware of the loop in time happening via the main menu. A lot of what happens in the first act in the demo sets off switches for minor changes to be made for how the second act would then go on to run & changing some of the characters around and how they then act.  The actual mystery would always go on to be solved but who dies along the way can change.

3. Hopefully the intentions and actions of the characters follow some sort of logic, but it would likely get a little unusual before hitting the final act because time travel gets involved.

I do hope that helps Turquoise, thank-you for the fun questions!

Thanks, that explained everything. the time-loop mechanic sounds awesome and will definitely make the game very interesting.

BTW, there is a mystery, puzzle heavy, visual novel game series which sound similar to what you're planning to do.  The series is called "Zero Escape" by Spike Chansoft (Who also made Danganronpa which is also a great detective visual novel). In the Zero Escape games the player makes choices like most visual novels, which lead to different timelines and results. The main character however is able to recall information from other timelines through multiple playthroughs, which is the main mechanic of the narrative progression.  Might be worth taking a look at, you might enjoy it

If you're looking for anyone to consult or test out your ideas, I'd love to help. Thanks again for answering!

This is a very interesting fun game I cant wait to see what else they introduce in the game the demo is amazing though great art and story very well written hope you all enjoy.

Oh my gosh. i just finished Markipliers demo playthough of this gorgeous game. The art really spoke to me..i was in so much awe at the amount of little details in just about everything. Like the cute little angel above Bo's memorial that Tex made. The textures,colors,and ideas behind every inch of this game are just beautifully drawn. It's so creepily cute. I'm in love. The characters are also so well written and adorable! my husband and i love how fierce Chook is, also his little "bok boks" when it's his turn to talk. I can never get tired of it. I'm really looking forward to the full version! Also, Please make a facebook~ i would love to see more of your art! ~^^~

Very good game so far can't wait for the full version to be released! Btw here's my let's play of the demo if you want to check it out!

Reply
PatchPaws4 years ago(+1)
a

I can't believe I never posted the rest of my Let's Play! I still LOVE this game, can't wait for what else you have in store :D

another gem <3  this series is too cute

Hello! I loved this demo, your humour and art style is just to die for and the story was so intriguing and I cannot wait until the full version. Until then I played the demo here~

Cheers Miss Blue! Thankyou for taking the time to record!

You're more than welcome! Good luck with your future projects :D

Can't wait for the full version :)

Another chapter that I enjoyed SO SO much! Thank you for your wonderful art work and great story telling!

Thank-you so much Fatal snail it's great fun to see you play!

I recorded a quick video of this game, if you'd like to check it out! Can't wait for more to come out!

Fell in love with this game while doingt this video! can't wait to play it when it's released! please don't stop creating this was FANTASTIC!

Thankyou so much Shadow!

This is weird i chose the shadow creature drink, and when i looked at my applications i saw a bloody flower.  WAS THIS ALWAYS THERE????

Creeped me out anyway great game love it!

Oh no the computer is haunted!

Not to fear the application logo is the bloody flower :D

This game is so awesome already! The past adventures were great, but this seems even better!

Thankyou so much Pecan! This is another wonderful video :D

I love this game sooooooo much and please give me the full version...

Thankyou for the lovely words Arror :D   I love Chook too!

I loved Chook and Sosig before but this game takes the CAKE! Growth of the characters and complexity of the game has made Chook and Sosig: A Case of Murder a true delight to play! Here's hoping a full version is eventually released so that Quiz's suffering might come to an end! ♡ ♡ ♡

Poor Quiz... I really wasn't kind to leave them like that. Thank-you for another lovely video Leebobawitz!

Really fantastic demo. Terrific art style, great writing and characters. Definitely going to keep an eye on this as it develops, nice work!

Thankyou ever so much Mister :)

love this demo cant wait for the full game

OMG I love this game I had so much time and I just want the game now :D

Heres a first look from me :-3

(sorry for any miss pronouncing of names ) 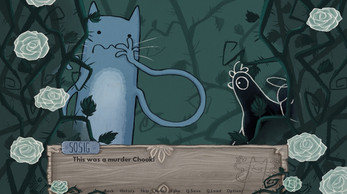 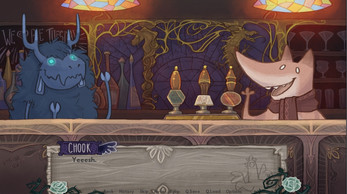 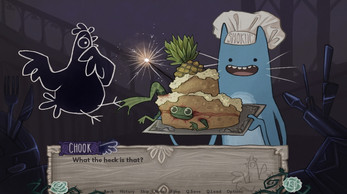 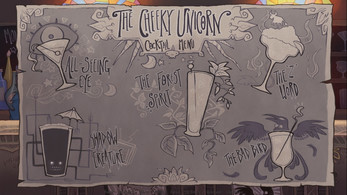 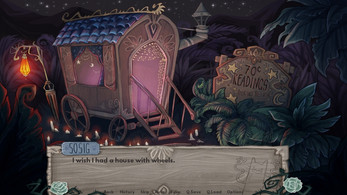